A large clock tower and trendy shopping center. Odori Avenue Park is the location of a magnificent snow festival.

Sapporo in western Hokkaido is divided up in a grid pattern, and is the largest city on the island. Odori Park stretches from east to west in the center of the city, and is a symbol of the city – full of art objects, fountains, lilac and acacia plants and lots of flowerbeds. To the north stand trading companies, financial institutions and local government offices, while to the south is a large underground shopping mall, which as the city’s main shopping center is always busy. It is connected directly to Sapporo Station, which is the transportation hub for all of Hokkaido and the place to board JR lines, the subway, and both local and tourist buses.

The city contains many essential sights: the Sapporo Clock Tower, which has been marking time for over a century; the former Hokkaido government office building, a neo-baroque building known as “Red Brick” that is lit up after dark; and the poplars outside Hokkaido University (formerly Hokkaido Agricultural College).

Odori Park is more than 1,400 meters long. In summer it is full of beer gardens, while in winter it becomes the location for a snow festival. During the festival, this big park is lined with magnificent snow statues and beautiful ice statues. 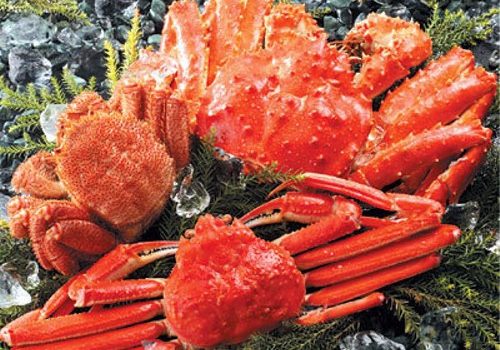 A vibrant and active morning seafood market. A unique blend of Japanese and Western architecture exists in the city.

Located in the southwest of Hokkaido and facing the Tsugaru Strait, Hakodate developed as a port town for trade with foreign countries at the end of the 19th century, and is a gateway connecting Hokkaido with Honshu by the Seikan Tunnel.

A morning market is held at the bay area near the railway station, where more than 360 stalls packed tightly together attract shoppers with freshly caught squid, scallops, salmon eggs, Atka mackerel, and many other kinds of fresh fish and shellfish. A five-minute walk will take you to the moored Seikan Strait ferryboat, named the Mashu-maru Memorial Ship, which used to link Aomori in Honshu with Hokkaido. There is a restaurant and a coffee shop at its bow where you can spend a nice, relaxing time viewing the scenery around the port.

The area around Motomachi maintains a congenial blend of Japanese and Western cultures, being home to the Old Public Hall of Hakodate Ward, an important cultural property, the old British Consulate with its tea lounge, Hakodate Russian Orthodox church, as well as the Higashi-Hongan-ji Temple, a branch temple of the Higashi-Hongan-ji Temple in Kyoto. At the waterfront overlooking the Hakodate Port, there is a shopping mall inside remodeled red brick warehouses, gift shops and the Hakodate Beer Hall.

Discover our transfer and day hire services in to Hakodate:

Our fleet is composed of  :  taxis and  vans

Are you looking for an english speaking guide or clerk in Hokkaido ?